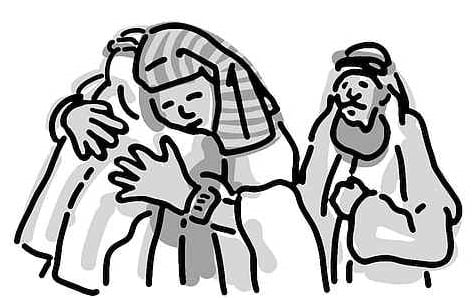 Memory Text: “But now, do not therefore be grieved or angry with yourselves because you sold me here; for God sent me before you to preserve life” (Genesis 45:5).

A man had been accused of sexually assaulting a woman. She positively identified him in a police line up. Though evidence made his guilt questionable, the woman was adamant that “Johnny” was the guilty party.

And so Johnny went to prison, where he rotted for 14 years for a crime that he did not commit. Only when DNA evidence exonerated him did the woman, “Joan,” realize her terrible mistake.

She wanted to meet Johnny after he had been released. What would this man, who suffered so much, do when he came face-to-face with the woman who had ruined his life for so many years?

She was in a room, waiting for him to come. When he did, and they looked each other in the eyes, Joan burst into tears.

“Johnny just leaned down and took my hands, and he looked at me and said, ‘I forgive you.’ I couldn’t believe it. Here was this man whom I had hated and whom I wanted only to die. And yet, now, here he was, telling me, who had done him so much wrong, that he forgave me? Only then did I begin to understand what grace was really about. And only then did I begin to heal and have true rest.”

This week we will look at forgiveness and what it can do for restless human hearts.

Study this week’s lesson to prepare for Sabbath, August 14.