You are here: Home / Archives for News and Feeds / Canadian Adventist Messenger

Oshawa, Ont. — O﻿ne hundred and fifty-nine delegates from across the country, representing the diverse membership of the Seventh-day Adventist Church in Canada (SDACC), gathered virtually on Sunday, Sept. 11, for the SDACC’s 19th Quinquennial Session. This constituency meeting is called for the purpose of receiving reports for the past term, the election of officers, the election of the Board of Directors, consideration of proposed changes in the Bylaws that may be recommended, and the transaction of such other business as may come before the meeting at that time. It was postponed from 2021 due to COVID-19 restrictions at that time.

The meeting convened at 9 a.m. EDT. Delegates were greeted in English by Mark Johnson, with translation into French by Evaldo Vicente. After the singing of the national anthem, prayers were offered in English by Rose Jacinto, SDACC undertreasurer, and in French by Paul Musafili, SDACC treasurer. The president of the North American Division of Seventh-day Adventists (NAD), G. Alexander Bryant, shared a devotional ﻿thought, after which quorum for the Session was declared and business for the day began.

The process for electing officers and the Board of Directors requires that an Organizing Committee be appointed, comprising 21 delegates selected from among those present. Bryant chaired the meeting of this committee, which in turn appointed the Nominating Committee, comprising 29 delegates also selected from among those present. It was the work of the nominating committee, whose meetings throughout the day were also chaired by Bryant, to present nominations for president, executive secretary, treasurer, and Board of Directors. While the nominating committee deliberated in private, delegates in the main meeting received reports by the president, executive secretary, and treasurer.

Early in the afternoon, Bryant returned to the main session with the first report of the nominating committee, which recommended the election of Paul Llewellyn as president of the SDACC for the next five-year term. The motion passed with a 76 percent vote. Llewellyn, who had been the SDACC executive secretary since January 2020, has a strong background of both teaching in Adventist education and working with the youth and young adults of our church. He has served as educator, pastor, camp director, conference secretary, and conference president.

Upon recommendation of the nominating committee, delegates at the session voted the re-election of treasurer Paul Musafili, with a 95 percent vote. Musafili, who has served in that capacity since 2019, is appreciated as a faithful steward of the church’s resources and a visionary treasurer with a passion for outreach.

Both Llewellyn and Bryant expressed gratitude and appreciation to Mark Johnson, outgoing SDACC president, for his leadership and service for the church. Johnson, who has dedicated over 50 years of his life to ministry, is the SDACC’s longest-tenured president and has led with passion and unwavering commitment. We solicit your prayers as Elder Johnson and his wife, Becky, move on to a new phase of their ministry.

The meeting proceeded with the election of a new board of directors and votes on bylaw items. It was adjourned with prayer at 6 p.m., after lively discussion had taken place about creating a strategy for social media outreach in the church.

As the SDACC leadership begins a new term, we appeal for your continued prayers. We believe Jesus is the true head of the church and He keeps it under the shadow of His wings. We need to pray our leaders up, and work together as equally important members of the body of Christ, that we may see the growth of God’s kingdom and His soon return. 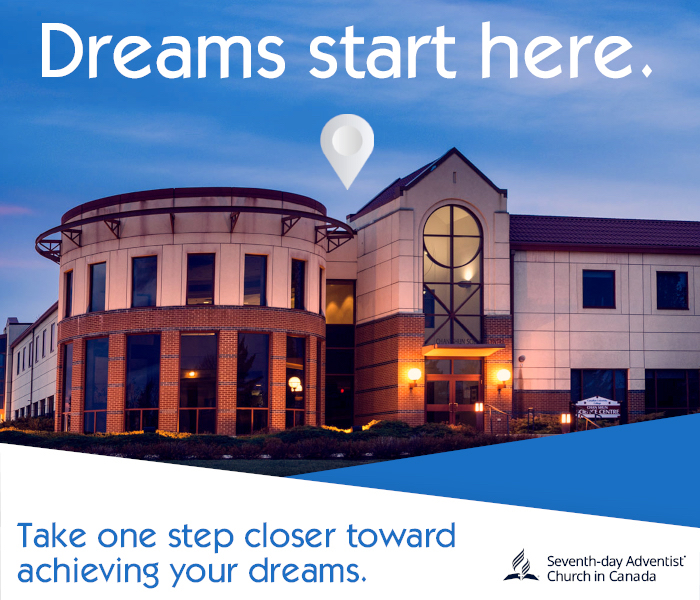 Burman University offers both high-quality Christian education and an environment where students are enveloped in a spiritual atmosphere with other likeminded Christians, while being the most affordable Seventh-day Adventist university in North America. Situated within the hereditary Indigenous land of the Treaty Six Territory in Lacombe, Alta., Burman’s diverse campus family is drawn from across Alberta, Canada, and around the globe. For more than a century, Burman has empowered students to serve their communities.

The Seventh-day Adventist Church in Canada (SDACC) is pleased to announce that, in partnership with Canadian conferences, it is making it even more affordable for new students to attend Burman. Seventy new scholarships—valued at $2,000 each—are being offered to first-time entrants (both new and transfer students) for the 2022/23 school year. This is offered in addition to the three-way matching scholarships—involving Burman, the local church, and local conference—and the summer employment/volunteer service scholarship (valued at $1,000), which are already in place.

Prospective candidates must meet the following eligibility criteria and apply through their local conference office:

Over the years, students, families, teachers, and the community have been witnesses to the fact that Burman University is a place where many dreams start. The SDACC and Canadian conferences invite you to take one step closer toward achieving your dreams. Please contact your local conference office for more information on these scholarships: 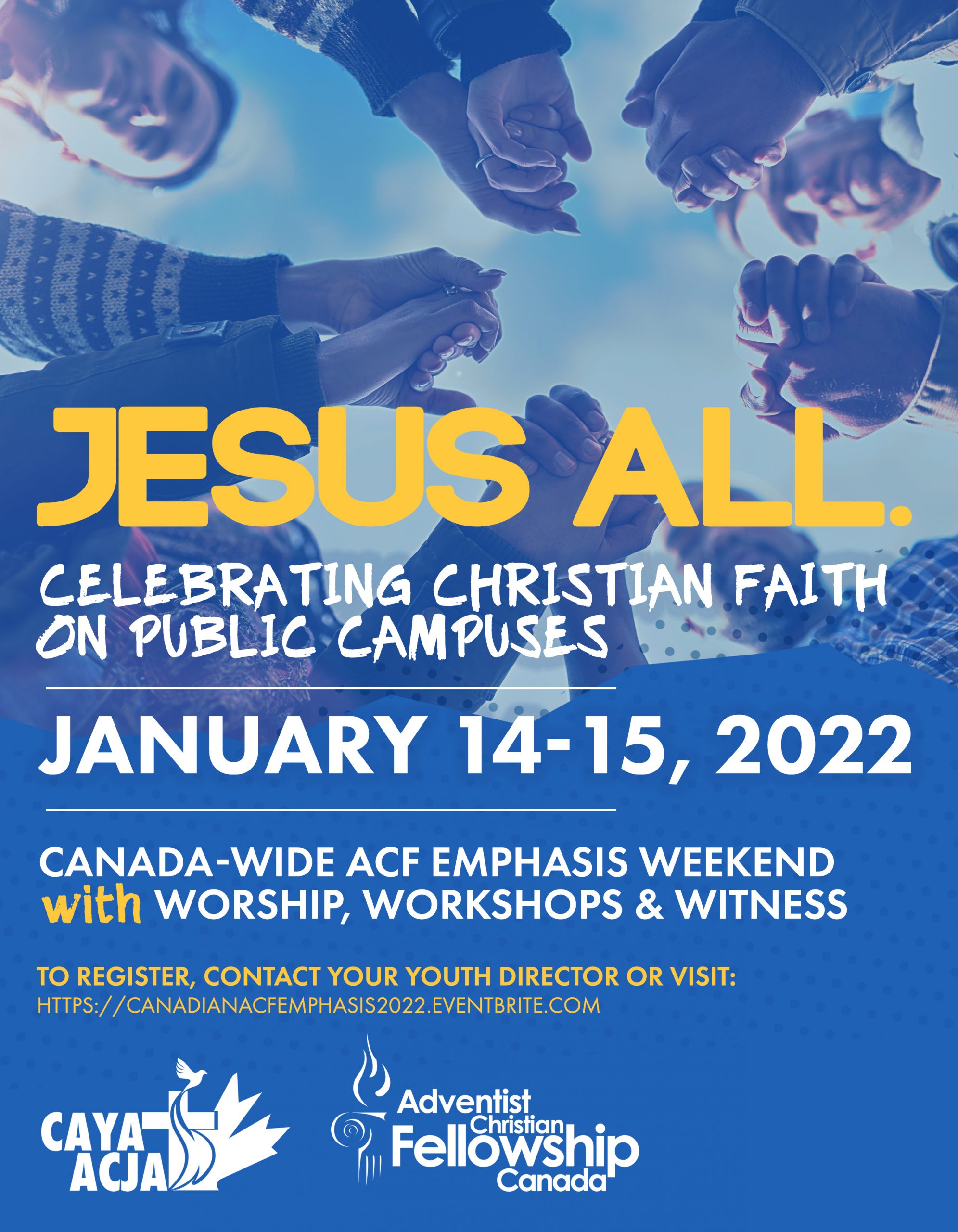 It Is Written Canada, in collaboration with local Adventist pastors in Ontario, presents a unique evangelistic series entitled, “Finding Hope Together.”

These pastors vulnerably share their personal struggles and practical journeys as they serve God. Tune in on YouTube or Facebook every Friday, Sunday, and Wednesday evening, 7 p.m. ET, Nov. 5-24. Learn more at FindingHopeTogether.ca, and WATCH the trailer.

Every five years, International Pathfinder Camporees offer one of a kind opportunities for Pathfinders from all over the world to play, share, learn and worship together.