Nature in its present condition carries an ambiguous message that mingles both good and evil. Rosebushes can produce lovely and fragrant roses but also harmful and painful thorns. A toucan can impress us with its beauty and then dismay us by assaulting the nests of other birds and eating their frail chicks. Even human beings, who are capable of kindness one moment, can be vicious, hateful, even violent in the next. 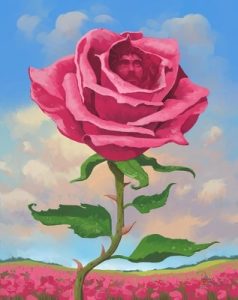 No wonder that in the parable of the wheat and the tares, the servants asked the field owner, “Sir, did you not sow good seed in your field? How then does it have tares?” (Matthew 13:27, NKJV) And the owner replied, “An enemy has done this” (Matthew 13:28, NKJV). Likewise, God created the universe perfect, but an enemy defiled it with the mysterious seeds of sin.

Read 1 John 4:8, 1 John 4:16. What can the certainty that “God is love” tell us about the nature of His creative activities?

The fact that “God is love” (1 John 4:8, 1 John 4:16, NKJV) conveys at least three basic implications. First, love by its very nature cannot exist closed in itself but must be expressed. (What kind of love is not expressed?) God’s love is shared internally among the Three Persons of the Godhead, and externally in His relationship with all His creatures. Second, all that God does is an expression of His unconditional and unchangeable love. This includes His creative works, His redemptive actions, and even the manifestations of His punitive judgments. Actually, “God’s love has been expressed in His justice no less than in His mercy. Justice is the foundation of His throne, and the fruit of His love.” — Ellen G. White, The Desire of Ages, p. 762. And third, since God is love and all He does expresses His love, He cannot be the originator of sin, which is in direct opposition to His own character.

But did God really need to create the universe? From the perspective of His sovereignty, one could say “No,” because it was a decision of His free will. But from the perspective of His loving nature, He wanted a universe as a means of expressing His love. And how amazing that He created some forms of life, such as humans, not only capable of responding to God’s love but also capable of sharing and expressing love, not just to God but to others, as well. (See also Mark 12:30-31.)