The world, as it came from the Lord, was perfect (Genesis 1:31). Death was an unknown experience for Adam and Eve. In that context, God came to the Garden of Eden and warned: “You may freely eat of every tree of the garden; but of the tree of the knowledge of good and evil you shall not eat, for in the day that you eat of it you shall die” (Genesis 2:16-17, , NRSV).

How does Genesis 2:16-17,  show the reality of free will in the perfection of Eden? That is, why would God have needed to warn them if they couldn’t freely choose? 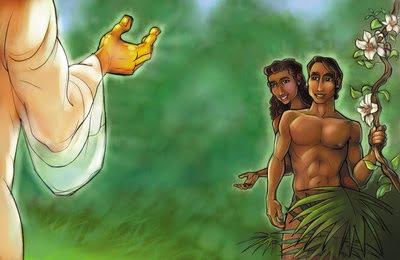 Sometime after this warning from God, Satan assumed the form of a serpent and also entered Eden. Eve beheld the serpent joyfully eating the forbidden fruit without dying. “He himself had eaten of the forbidden fruit” (Ellen G. White, Patriarchs and Prophets, p. 54), and nothing had happened to him.

Read Genesis 3:1-4. Putting yourself in the position of Eve, why might those words have sounded convincing?

From the perspective of human logic, the argument of the serpent sounded much more convincing than did the word of God. First of all, there was no evidence in the natural world, so far, for the existence of sin and death. Second, the serpent was actually eating the forbidden fruit and enjoying it very much. So, why should Eve restrain herself from doing the same? God’s command seemed to be too restrictive and senseless.

Unfortunately, in deciding between the two conflicting statements, Eve ignored three basic principles: 1. human reason is not always the safest way to evaluate spiritual matters; 2. the Word of God can appear to be illogical and senseless to us, but it is always right and trustworthy; and 3 . there are things that are not evil or wrong in themselves, but God has chosen them as tests of obedience.

We should realize that the experience of Eve in the Garden of Eden is not a single case in time. Every day and every moment we need to decide between the Word of God (which for many can be unpopular) and the seductive appeals of our surrounding culture. Our choice will have eternal consequences.