Based on data from the World Health Organization (WHO), the most common illness worldwide, affecting more than three hundred million people each year, does not always have obvious visible symptoms. Depression is the leading cause of disability worldwide and is a major contributor to the global burden of disease. 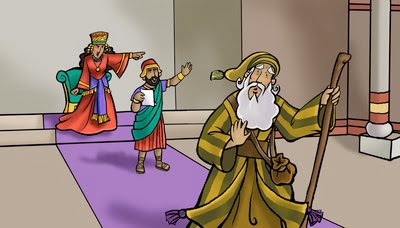 Unfortunately, often depression is not spoken about in Christianity because it can be seen as a sign of a lack of faith. After all, aren’t Christians always supposed to be filled with joy and happiness and the like? So, isn’t depression a sign that something is wrong with our relationship with God?

Most people know that this isn’t true. Even Christians, faithful Christians, can at times struggle with depression, especially after a traumatic event, and it is not a sign of lack of faith or trust in God. Again, one can read the Psalms and see the pain, suffering, and anguish that God’s faithful people suffered.

Sometimes a depression slowly and quietly takes hold of us, and we recognize it only when it tightens its grip. Sometimes it strikes quickly, after a particularly draining emotional or physical event. For example, God’s faithful prophet Elijah was completely drained, emotionally and physically, after Mount Carmel.

In 1 Kings 18:1-46, Elijah has just seen God’s miracle of fire coming down from heaven. In answer to his prayer, he has seen rain come and end a three-year drought. Why does Elijah react to Jezebel’s threat by running? Read 1 Kings 19:1-5.

Elijah has had a very grueling twenty-four hours. This experience, coupled with a rude awakening and a death threat, serves as a depression trigger for Elijah.

Also, Elijah was there when the prophets of Baal were slaughtered, perhaps even some of them by his own hand (1 Kings 18:40). Such an event, even for a righteous cause, can easily lead to traumatic stress in those who either watch or, even worse, take part.

So Elijah begins to run, to try to get away. Sometimes we run to the refrigerator and try to eat ourselves happy again. Sometimes we try to sleep our emotional exhaustion away. Sometimes we look for a new relationship, job, or location in our quest to run away. And sometimes we bury ourselves in more work, more deadlines, and appointments, as we try harder to run away from the nameless something that is draining our joy and rest. And of course, many people use “medications” of some sort or another, all in an attempt to dull the pain. In the end, though, these things only mask the symptoms; they don’t solve the problem, and often they can make it only worse.