You are here: Home / Archives for ministerial

4 October 2018  | The NAD Women’s Ministerial organization has joined the call for rejection of the “compliance” procedures being pushed by GC leaders. Says the statement, In anticipation of the upcoming General Conference Annual Council, many women of the church, and many women who serve the church, are sensing themselves to be powerless, and […]

Having completed the ministerial course, Pr Errol Wright left Avondale believing if God wanted him in the ministry, He would show the way, and He did. The Class of 1958 is now citing Errol at Homecoming 2018 for following God’s leading into pastoral and mission ministry.

Read more at the source: The pastoral and mission minister

**To share this story:   By Emily Huso       On June 5-7, more than 35 representatives from Seventh-day Adventist institutions of higher education, the North American Division Ministerial Association, and the North Pacific Union Conference met by invitation at the Walla Walla University (WWU) campus in Washington for the North American Division Ministerial Conference. The conference was formed for the purpose of coordinating theological education throughout the NAD and has met twice previous to the event at WWU. “The North American Division Ministerial Association hosted meetings at Walla Walla University to build greater synergy with religion and theology chairs from Seventh-day Adventist colleges and universities about curriculum development centered around the seven core qualities for excellence in ministry,” said Ivan Williams, NAD Ministerial Association director. “We also met with ministerial directors who were a part of our internship committee, addressing all facets of professional development from the call of God through retirement.” This year, the group’s discussions focused on composing a standard set of student learning outcomes to be incorporated into all NAD theological programs. The group also discussed seminary education and the prospect of continuing education for ministers after ordination. 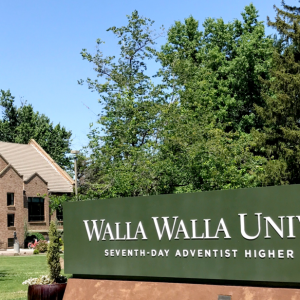 Read more at the source: CalledLab for Ministerial Directors – June 20, 2017